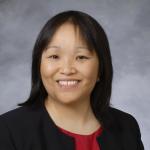 Janis Hirohama is a past President of the League of Women Voters of California and a former First Vice President of the League of Women Voters of the United States. She is a member of the State Bar of California’s Commission on Access to Justice and is Equal Rights Director for the LWV California. She has served on the California Common Cause Board of Directors, the EdSource Board of Directors, the California Judicial Council’s Commission on Impartial Courts, and the Fair Political Practices Commission’s Task Force on the Political Reform Act. An attorney, Ms. Hirohama has an A.B. from Washington University and a J.D. from the New York University School of Law. She worked as a staff attorney for the Los Angeles County Superior Court and as a litigator at firms in Los Angeles and New York. Ms. Hirohama will be a panelist for the upcoming Senate Debate on October 5 from 7-8pm in partnership with the Pat Brown Institute and KABC7 for the ONLY debate between the two California candidates for the U.S. Senate, Loretta Sanchez and Kamala Harris. Read more about the event.

How to watch the debate

You can watch the live broadcast on ABC7 or live stream. You can also join the Cal State LA community at the official Watch Party, Wednesday, October 5 from 6 p.m. to 8 p.m., in the Golden Eagle Ballroom at Cal State LA. You can also follow along on social media using the hashtag: #CALSenDebate16.

Where can I get more information about the candidates?

Visit Voter's Edge California for more info on the candidates for U.S. Senate.